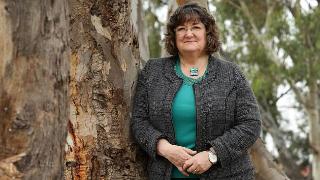 I submitted the following, via the group Seniorpreneurs to this inquiry. (they asked for 300 words only)

Having 20 years of experience as a change manager in corporate and government jobs has not been enough to get me a job in this field, or any other field since I was retrenched in September 2014.  At 61 years old, after unsuccessfully going for permanent, contract and temporary jobs in my field, I tried to utilise my extensive skill set and previous career experiences to step sideways and downwards into other jobs that I know I could easily do.  I even tried to get temporary office work. END_OF_DOCUMENT_TOKEN_TO_BE_REPLACED

I am proud of myself.  Today I had my first public speaking event with Grimshaw Probus Club in Melbourne’s North Eastern Suburbs.  One of many I hope.

I spoke on The Dangers of Love in the Online world: My experience of an online romance scam.  It was very well received, and I think many people now have a different take on what happens in a scam.

Here is a quotable quote from me, based on Brene Brown’s concept of ‘daring greatly’, which she takes from Theodore Roosevelt.

In being open to love, and going on to an online dating site I “dared greatly”.  Like the person on the field who looses, I lost.   I played the wrong game, or played the game wrongly.  But at least I was playing.  And I need to not take it personally and keep playing.

Have a look at my speaker profile – Jan Marshall Speaker Profile