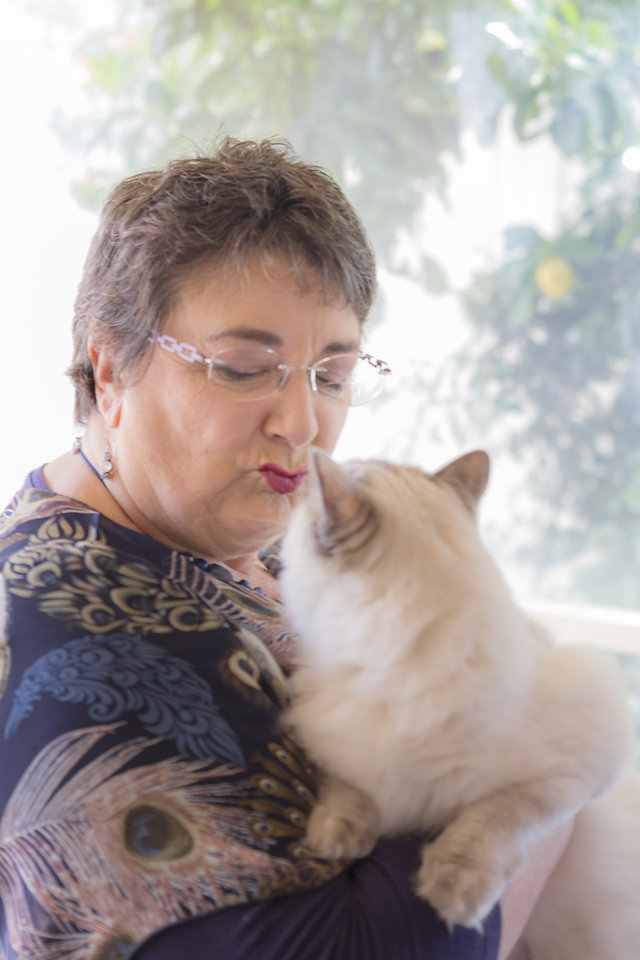 It is over three months now since Mum, Ami, died, and as we plan our Christmas it will be very different without her there.  Previously I would have hosted her at my place on Christmas Day.  I could not leave her in her aged care residence (aka, her prison) on Christmas day.  We might not do anything too special, but a least she could get out for the day.

This year, I will go to my younger brother Darryl and his partner Kay’s for lunch, then come home to a Christmas dinner with my housemate Chrissie.  She has no immediate family to spend the day with either.

I had wondered before Mum died how I would be after her passing, whether I would be inconsolable with grief after the loss of such a significant relationship.  I have found that for me this has not been the case.  After the road trip I went on to scatter her ashes, and the celebration we had for her at Gondwana I have been happy to get on with my life.

The picture I drew of her, called Last Request, has been hung in a local council sponsored Art Exhibition with the theme New Beginnings.  To link with this theme I wrote:

A week before her death my mum, always interested in my artwork, said to do a portrait of her.  This is my response.

Her death releases me from the ongoing daily support of her through over 10 years of suffering progressive decline from Motor Neurone Disease. Now I have a new beginning, a new life.

How do I define myself, my life, without my beloved mother?  I go forward with an adventurous and creative heart!

As she would have done.

It is only in the past year that it has become evident that her diagnosis is more likely Motor Neurone Disease, and not the Charcott Marie Tooth syndrome that we thought it was for years, but that never seemed to fit her symptoms.  We were advised by Dr Jim Howe (Dr Jim Howe works as a neurologist in the Statewide Progressive Neurological Disease Service based at Calvary Health Care Bethlehem Hospital in Caulfield, Victoria. The service provides secondary consultation, care and support for people living with MND and other progressive neurological conditions) that we would only after her death know her true diagnosis.  In order to get this Mum donated her brain to the Victorian Brain Bank for research.  We hope to get a report back on their findings in January 2018.

Early in 2017, when I realised that I may not work as a Change Manager again, that I did not want to work as one, I decided to make some choices for myself about what I wanted in my life. So my transition to redefining my life had already begun over the past year. These choices included making sure and putting into my life things that I loved:

As part of my focus on my writing I have been moving towards finalising my book about being scammed, and self-publishing it.  I did a weekend workshop with BusyBird Publishing  , a small local publishing house, I have had the manuscript edited, and it is receiving a final proof read as we speak.  In the process of designing the cover it has been renamed to Romance Scam Survivor: The whole sordid story . Thanks to my cousin Tashia Hales for the cover design. I am putting the book to Ingram Spark who are a Print on Demand company and will distribute it to Amazon, Apple, other bookstores and libraries.  It should be available as both print and eBook in February 2018.  Look out for the book availability and launch details from me early in the new year as they become finalised.  Of course I have continued to blog throughout the year on my Romance Scam Survivor blog.

So, while over the next few weeks I will miss my mum, and resist the urge to pick up the phone to Facetime her (I wish it would connect to the next world…) I have had a quite good year and have some exciting things coming up in the 2018.

I look forward to it with an adventurous and creative heart.

One Reply to “An Adventurous and Creative Heart”